In Spring Hollow, one of the oldest neighborhoods of the city, with roots going back even before the city was founded, three 11-year-old girls–Faye Woods, Brenna Guin, and Lupe Garcia–discover fairies, ghosts, witches, and other magical creatures. And, under the darkness of the first New Moon of the summer, they begin to discover their own supernatural abilities!

All of the GoSH books are available in trade paperback and ebook formats at Amazon, Barnes & Noble, Apple and more! 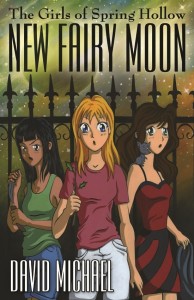 People with fairy blood in their veins should be careful when saying, “I wish…”

Faye Woods, 11, thinks that would have been good to know before she wished she didn’t have a brother–and knowing she was part-fairy might have been useful information too.

Faye and her little brother, Flub, are the newest residents of quirky, beautiful Spring Hollow, a neighborhood where the houses have names like Hawk Briar and Jack Rabbit Run–and where a hole in a park fence leads to Spring Hollow’s magical Other Side.

Brenna Guin and Lupe Garcia have lived in Spring Hollow all their lives, though on opposite sides, but they have never seen anything like what they find when they follow Faye and Flub through the hole in the fence.

When an evil shadow from Spring Hollow’s past emerges from the Other Side, Faye and Brenna and Lupe must work together to rescue Flub before the sun rises and her wish becomes irrevocable. 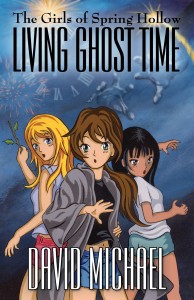 Spring Hollow has always been haunted … tonight the ghosts step out of the shadows!

On the night before Brenna Guin’s annual July 4th Sleepover Extravaganza, she discovers her house is haunted by the ghost of Harvey Westmore, a magician. Which, she decides, is perfect. A touch of ghostly magic is exactly the surprise her party needs.

After the traditional 4th of July fireworks, as midnight strikes, Brenna launches her Midnight Surprise with Harvey’s help–and everything goes wrong. First, one of her sleepover guests becomes a living ghost. Then every ghost in the Spring Hollow Cemetery, the friendly and the unfriendly, comes to her party. And, to make matters worse, a desperate spirit takes over Brenna’s house to continue his quest for eternal life.

Now Brenna, with the help of her friends Lupe and Faye, must protect her sleepover guests from restless spirits while she races against the clock to rescue a ghost held prisoner–and keep her house from being destroyed–all before sunrise, when her parents wake up. 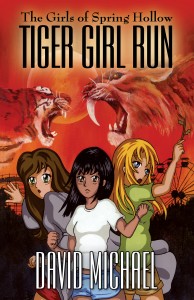 Under the last Full Moon of summer, in the Overlap of Worlds, the Red Moon Faire opens its gates.

Lupe Garcia has never heard of the Red Moon Faire. All she knows is her dream of being a dog and chasing rabbits around Spring Hollow has turned out to be all too real. She has no idea how to change back into her normal girl shape, and now the ghost of a saber-toothed tiger with only one tusk is chasing her through the sleeping neighborhood, roaring at her to return his missing tooth.

Eluding the ghost, Lupe stumbles into the Overlap and the Faire. She’s still a dog, but the Faire doesn’t care. Everyone–and everything–is welcome at the Red Moon Faire: six-foot-tall intelligent rabbits, tiny Elvs, lizardmen in business suits, and much more.

But there are also shadows at the Faire, and snares for the unwary. And a prisoner desperate to escape–even if the attempt puts Lupe in harm’s way… 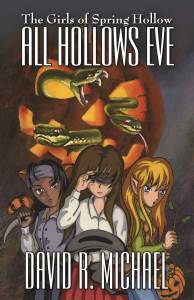